One of the primary objectives of a drone detection system is to prevent contraband deliveries by drone. But this doesn’t happen without swift and consistent personnel response to system alerts to serve as a deterrent.

Arriving at your response tactics is a process. Drone detection objectives and desired outcomes should be fully explored before technology deployment because they will drive how the technology should be configured and deployed.

Is it more important to locate the pilot or the drone?

When a facility detects drone and/or controller (pilot) signals, is the priority to find and confiscate the drone and its payload or to apprehend the pilot? The immediate need to prevent the contraband from entering the facility must be balanced with the need to disrupt the larger contraband supply chain. Whatever the priority, the facility must determine how and which personnel will respond to drone incidents.

Should response tactics always be the same?

Response tactics may vary by time of day. For example, if there is an incident while inmates are outside in the yard, the warden may put the facility on lockdown until a search including rooftops has been completed.

Facilities may vary response tactics and add resources if there is advance intel that a drone drop is scheduled. Drone pilots tend to operate as far away from the facility as possible and often test facility response when they know drone detection systems are in place. With advance knowledge, mobile drone detection assets can be deployed to track pilots outside the system’s detection range. 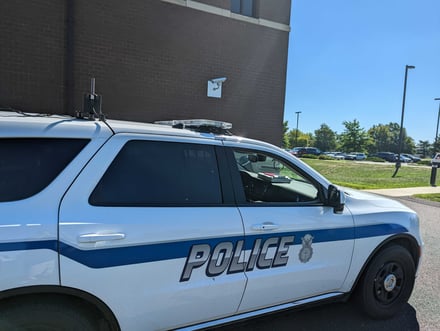 Who responds to drone incidents?

Once the response priorities are set, a facility examines the resources available and determines who is best to respond under what circumstances.

If the facility has a response or special operations team available 24/7, it is important to evaluate whether their typical response time is within the window to react to drone incidents. Some drone deliveries may be quick single-drone, single deliveries while others may be sophisticated operations with lookout and decoy drones running multiple large-scale deliveries.

Some correctional facility staff are peace officers and can arrest contraband pilots themselves while others need to rely on local law enforcement to find and apprehend the pilots.

Facilities with K-9 teams may dispatch the dogs to track the drugs and a separate team to track and apprehend the pilot.

There is no one-size-fits-all response strategy. Each facility must consider different scenarios, determine their goals and objectives, and then configure the system to support accordingly.

While who gets access to the system seems a simple decision, several complexities drive the final decision.

If the facility staff is suspected of corruption, the drone detection system presence may not even be made known to staff. Or if a facility is severely under-staffed, as many are these days, alerts can be instead provided to the warden, a trusted employee, a regional command, or even local law enforcement.

Secondary alerts ensure the system cannot be “turned off” temporarily for a drone delivery.

What to do when a drone is detected?

When a drone detection alert is received, whoever is responsible to dispatch a response team should carefully review the system to assess the threat situation. For example, if the drone has not crossed into the facility property, they may want to simply monitor.

A facility’s pan, tilt, zoom cameras can be used to visually confirm the drone and/or pilot location to help guide the response team dispatched by the command center.

During initial system deployment it is critical to work closely with the team who monitors the system to establish a process to investigate signals before a response team is dispatched.

Facilities located in suburban neighborhoods where kids or realtors fly drones, near farmers who fly drones to check on crops or even near a recreational flight club should establish at what distance from the facility they want to receive drone detection alerts.

Drones are notoriously difficult to see with the human eye so just because staff cannot see a drone, they should not assume it is not there. At night, contraband drone pilots often tape the lights to avoid visual detection which makes them all the more difficult to see.

What information should I collect as evidence?

A drone detection system will automatically collect and store information such as the date and time both devices were detected and where they traveled.

According to a federal advisory on drone detection technology use, systems cannot extract the drone’s make/model and serial number as this violates federal wiretapping laws.

A drone detection system that records the User Interface during an incursion and collects information that can be evaluated and used in reporting afterwards is beneficial in many ways.

We are not legal experts on drone and pilot confiscation/apprehension. The actions you can take will vary by state and local laws and where your facility is located. You need to consider whether you can legally confiscate the drone once it has been recovered.

Drone pilots have been arrested with regular delivery route books which indicates that rather than risk contraband confiscation and arrest, they can simply avoid facilities that have deployed drone detection systems.

A drone detection system is the foundation to prevent contraband deliveries. However, prevention relies on a solid process that includes proper configuration, calibration and response tactics.

Do not wait to determine how you will respond to drone detection system alerts after you have already deployed a technology. Drone detection objectives may vary by facility, region, relationship with local law enforcement, and other factors. Priorities, tactics, and response protocols for pilot/controller apprehension also will drive how technology should be configured and deployed.

Other articles in this series: