Due to public safety and liability concerns as well as related laws and regulations, waivers to operate some drone detection or mitigation systems is hard to come by, even for the federal government.

The Act provides DOJ and DHS with tailored legal waivers for authorized Department components to mitigate credible drone threats to designated facilities and assets which would otherwise be prohibited by various federal laws.

DOJ guidance clearly provides instructions for an authorized Department to operate protective measures without being prevented by any of the following laws:

But they must first go through an approval process.

If an authorized Department component wishes to make a significant change to a previously designated covered facility or asset or a previously authorized protective measure, it will submit a request to the Approving Official updating the information previously provided.

All changes to system settings, however, must be coordinated in advance with the FAA and, when relevant, the National Telecommunications and Information Administration (“NTIA”) which may create a burdensome work effort.

The application process prescribes twenty pages of detail regarding the following components of an request including but not limited to:

Congress enacted the DHS Support Anti-Terrorism by Fostering Effective Technologies (SAFETY) Act in 2002 in the aftermath of 9/11 to encourage the development, production, and use of Qualified Anti-Terrorism Technologies. The goal is also to provide vendors and end users liability limitations for claims resulting from an act of terrorism where these technologies are deployed.

AeroDefense’s AirWarden™ is the first, and currently only, drone detection system to receive a SAFETY Act designation. In the past, SAFETY Act did not confirm or deny system legality, so it is significant that when our system received its designation in August 2019, DHS included this sentence in our official listing on their SAFETY Act website:

“The Technology does not include a capability to defeat or interfere with the flight of UAS, or perform signal analysis functions which would require legal authorization.”

Since then DHS contributed to the August 2020 federal guidance on the legal use of drone detection and mitigation systems which warns that most radio frequency based drone detection vendors violate federal surveillance laws because they decode and demodulate private drone signals to extract information. On October 13, 2021 DHS posted a SAFETY Act Web Site Notice Regarding Counter-Unmanned Aircraft Systems (C-UAS). It states that DHS will now separate drone detection and C-UAS SAFETY Act applications into two categories that we have simplified:

The significant level of effort to apply to deploy a mitigation and detection system subject to 124n may be worth it in certain circumstances. But some authorized Departments may find it more efficient to deploy drone detection systems that are not governed by 124n. Again, these are systems that do not have mitigation capabilities and do not decode and demodulate the signal between the drone and its controller. 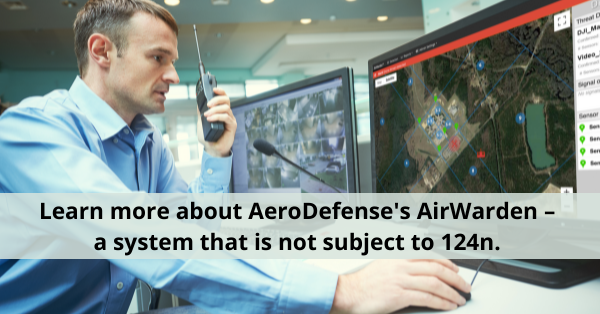 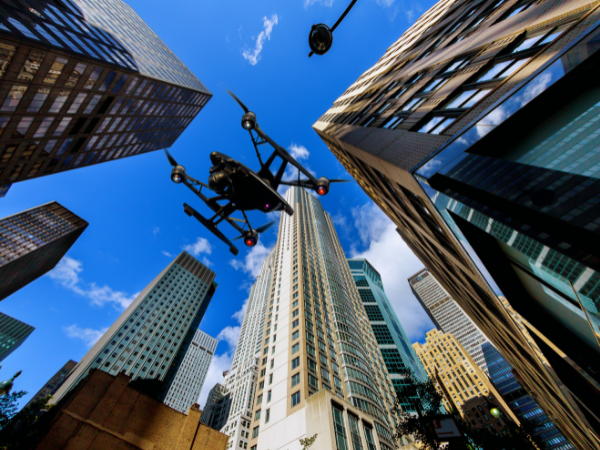 The Truth about Citywide Drone Defense

A Candid Overview – The Ethics of Drone Detection